In the period from November 5, 2020 to December 13, 2020, St. Petersburg State University, in cooperation with the Ministry of Education of the Russian Federation, organized the 2nd International Online Olympiad in Russian as a Foreign Language.
In this olympiad took part more than 9,500 people from 147 countries.

According to the points ranking, 83 people from 39 countries took 1st place, 159 people from 52 countries took 2nd place and 176 people from 58 countries took 3rd place. One of the participants in the Olympiad was also the doctoral student of the Department of Russian Studies, Faculty of Arts, UCM in Trnava, Mgr. Igor Cintula, who according to the points ranking took 2nd place. Together with the other winners, he has the opportunity to take free state exams in Russian as a foreign language at St. Petersburg State University and obtain an internationally recognized Russian state certificate, which is an official document confirming the level of command of the Russian language.
Congratulations to Igor and we wish him a lot of success in his next study 🙂 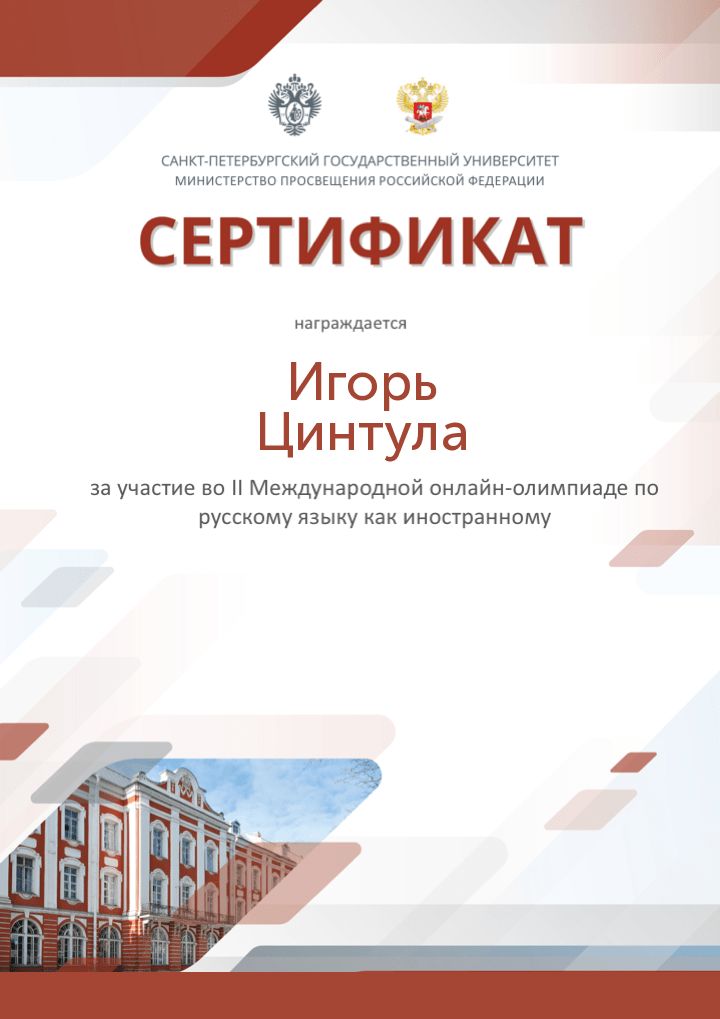 Copyright © 2011-2021 | University of Ss. Cyril and Methodius in Trnava. All rights reservered.