The Trnafčan university folklore ensemble enchanted the audience with their performances in distant Colombia.

The local people were delighted by the group with traditional costumes, singing, music and dancing in several unforgettable places in the towns of Sincelejo, El Carmen de Bolívar, San Juan Nepomuceno, Cartagena, Barranquilla, Ciénaga.
Organizational head of the ensemble P. Skaličan and K. Polachová, artistic director of the ensemble expressed:
"Colombians like Trnafčan very much, we have always had success, applause, and a very long photo shoot with all the spectators who then wanted to take a picture with us in costumes".
Trnafčan had the opportunity to introduce Slovak folk culture from west to east - the region of Trnava, Kubra, Tekovo, Pohorela, Bystriany and Raslavice to a grateful audience with a diverse dance and music repertoire.
This project was supported from public funds by the Art Support Fund. We also thank the University of St. Cyril and Methodius in Trnava. 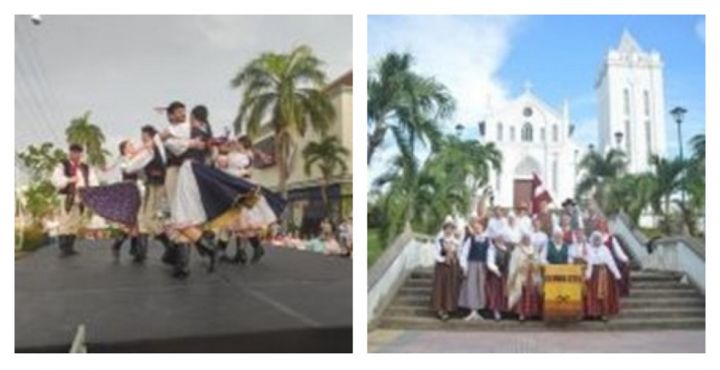