We invite you to the lecture „Women in Political History“

The professional lecture for all students and teachers of UCM will take place on 12 October 2022 at 15:00 in room BU1 at Bučinská 4/A.

The lecture on Women in Political History - Two Slovak women and their lives in the 20th century will be led by doc. Josette Baer Hill, PhD.

The professor at the University of Zurich currently works at the Faculty of Social Sciences of the UCM in Trnava. She  examines political thinking in Slovakia and is also an expert on gender equality issues. She is a member of the Gender Campus platform in Switzerland, which provides a space for gender studies, equality and diversity in Swiss universities.

In her interdisciplinary lecture doc. Josette Baer Hill, PhD. presents two Slovak women whose lives were influenced by the political regimes and social conventions of their time. In the first part, MUDr. Mária Bellová (1885–1973), the first Slovak female doctor.

The second part is dedicated to Hana Ponicka (1922–2007), a Slovak author, poet and dissident, a member of Charter 77. At the end, which is also a tribute to both ladies, she will present a comparison of the social and political alternatives available to both prominent women at the time . 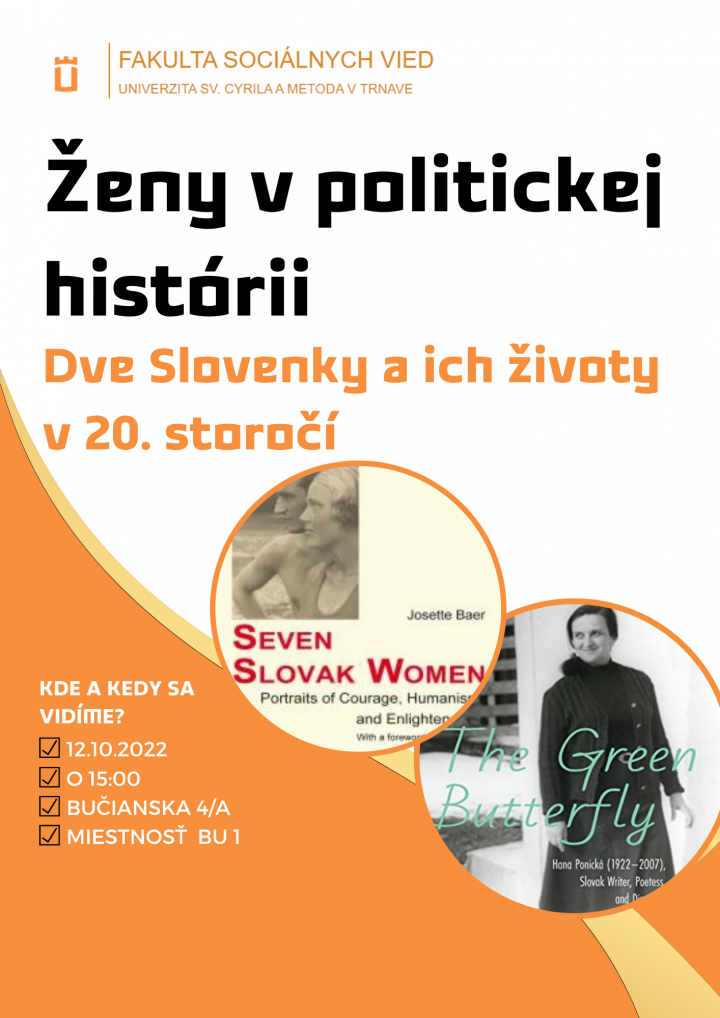