Slovakia and Trnava in Brief

Date of establishment: 1 January 1993 (after splitting of the Czech and Slovak Federal Republic)

Administrative organisation: 8 regions, 79 districts, 2,933 municipalities out of which 140 are cities and towns 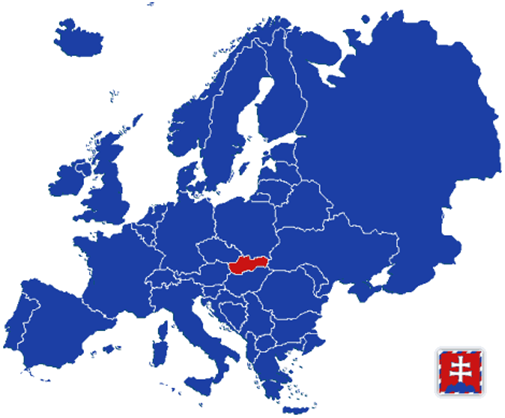 TRNAVA: The Best City For Students
Population : 65, 382 inhabitants  (info from December 31st, 2017)
Area : 71,54 km²
Number of universities in Trnava: 3  (approximately 13,000 university students)
TRNAVA is located approximately 50 km from Bratislava, so it will take you around 30 minutes to get there by car, using D1 highway. There are good public transport connections (train, bus), too. It’s particularly famous for having many churches, earning thanks to them its nickname ‘Little Rome’.

Trnava was the first town in Slovakia which was granted the privileges of a free royal town. It was also the town that provided temporary shelter to the Archbishop of Esztergom and his Chapter, and where they remained for the next three hundred years.

Trnava, at the intersection of ancient trade routes, is the place where numerous renowned Slovak and foreign architects, builders, sculptors and painters have created a significant number of architectural gems, both sacred and profane.

The centre of the town is a varied mixture of all architectural styles from the Romanesque through the Gothic, Renaissance, Baroque up to the Modern style. These attractive historical sites together constitute a remarkable urban unit which was once declared as an urban monument reserve.

Why to visit TRNAVA?